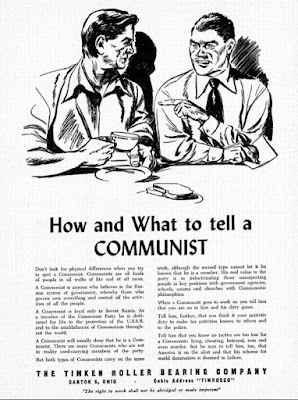 PRIZES. One piece of news speeds its vast shadow into all crannies of all affairs current and upcoming: that is, the inaugural Sputnik Awards have arrived, and that means there's a shortlist here and the chance to vote here. (For the full effect, make sure you name your ballot and leave an e-mail address). Some general chitchat about it over at File 770. Results announced in October.

Meanwhile, procedures for the Hugos are being warmly debated again, and there's also a long interesting thread dangling from the Clarke. & here's Books & Pieces on bookish awards. & a bit earlier, Abigail Nussbaum on the Hugos, & a discussion at Making Light.

I was a VICE vox pop on boat naming. Here's the long version, which starts to maybe touch on democracy, and has a little bit about Iain M. Banks in it. (There are some very interesting banks in Banks's novels, by the way. Mostly of the "slope" kind rather than the financial kind. Maybe one to add to the names series one day). I want to be in VICE constantly.

BIDDING IS OPEN in Con or Bust's annual auction. Funds raised go to support people of colour to attend conventions.

CONFERENCES ETC. I thoroughly and meticulously enjoyed the Fantasies of Contemporary Culture in Cardiff, and presented something there titled  "There Is No Cognitive Estrangement." Always the drama Jo. Should actually have been "We're Running Low On Cognitive Estrangement Must Remember That The Next Time I Pop Out." I got to share a panel with Kanta Dihal, whose paper "'This is Not Science Fiction': Communicating Science through Fantasy" touched on Flatland, Flatterland, and The Science of Discworld among others, and David Mellor, whose paper "Fallen Robots" explored cybersecurity and subjectivity via the android imagination (on the android imagination, more in a sec). And I totally missed the last train.

I've also been wistcontemplating some of Wiscon on Twitter, and especially Sofia Samatar's timeline. And there's going to be a special issue of the journal Foundation on science fiction and theatre (which I hope I will get round to submitting to. Always the drama Jo). Deadline for that's February, which appropriately enough, IS SET IN THE FUTURE. Registration has now opened for Science Fiction and the Medical Humanities in Glasgow on 4 July as well (clashes with Fantistika sadly). And it's CRSFSFRA in about a month, where I am going to give two papers, neither candid, and then immediately fall into a trance. Come! And I went to Brett Scott / Stir to Action's Alternative Finance workshop (Storify here), and happened to write some science fiction while I was there, which I hope to share soon. Right now it's called "Froggy Goes Piggy" but I think it might become "Zippety Doo-Da, Zippety Data."

Meanwhile, read Brett's recent article on Intelligent Personal Assistants, "When You Talk To Bots, You Talk To Their Bosses."


And here is ASUS's demo video for Zenbo, a sort of lovable tablet on wheels:

Yussus ASUS! While android aesthetics clearly has a strong working grasp of cute -- these designers are adept at skating safely across the phenomenology of homuncular companionship without getting sucked into its many uncanny valleys concealed by wicker-mesh and jungle foliage -- the atmosphere of uncanniness here is holy fucking shit intense.

The closest I can come to describing the feel of this video is the certainly pointedly and perhaps therapeutically tedious pastoral scene in Shakespeare's A Winter's Tale, the one that follows the self-enclosed tragedy of Act One, crossed with the semi-successful attempts of late 90s British quasi-comedy like Blue Jam to synthesize the rhythmic sensibilities of drone music into its quasi-comic timing.

What to make, for instance, of the super-emphatic enunciation that mom, pop, and grandpops use? Is it a deliberate decision, or did it just happen? The strange peppy briskness reminds me of Chris Goode et al.'s fascinating verbatim theatre piece Monkey Bars, in which the adult actors tasked with appropriating and elevating the words of children so often find themselves overcome by an ambient paedomorphic curse, mysteriously unable to access their adult voices, stuck between innocence and experience. Likewise in the ASUS vid, it's as if everyone lived under the ritual prohibition of some Lil Lacanian Name-of-the-Kiddo. As if Zenbo and everything connected with him were secretly organized around the desires of the child -- though perhaps only in the sense that the Holocaust of Roberto Benigni's It's A Beautiful Life is organized around the desires of the child? -- and yet we cannot quite admit this without breaking the spell.

Or is it extrapolative futurism: is the idea that the pollution of our social world by voice-recognition interfaces and synthesized speech will soon nudge all our voices into this crisp, singsong barking? Of course that tone is also an awkward invocation of deafness and dementia, and more generally, of age, illness, disability, isolation, depression, and death. It's easy to laugh at the infomercial gizmos that are introduced with an unconvincing demonstration of everyday inconvenience accompanied by hyperbolic frustration -- and I LOVE ANY PARODY OF THAT, IT GETS ME EVERY TIME -- but it is potentially ableist to write off some of those products as self-evidently useless (and also, ambigously, potentially ableist to be euphemistically marketing them at Everyman). Maybe in the follow-up vid Zenbo will scoot around a hospice. As is, the grandpa is -- like the upleaping father of Kafka's tale -- preternaturally hale, bursting out of the frailness assigned to him by the story.

Everybody is also retired, insofar as the video plays strongly on the theme utopian automation. The robot Zenbo emancipates Claire Lancaster from a half-lit claustrophobic nightmare of impossible and conflicting labour demands, but we never see exactly and specifically what Zenbo does. Well, of course not! ASUS don't know, and don't think they're supposed to know, what Zenbo exactly and specifically does. ASUS are in the business of creating a niche and a few fragments of techno-social practices to fill that niche with, with the not-implausible hope of tempting third party developers and early adopter ingenuity to fill in the details later. Zenbo is first and foremost a tablet.

Meanwhile, the name Zenbo echoes zenbu: by way of doing nothing, Zenbo does everything. "Hey Zenbo, turn the lights on!" Zenbo is the light of the world. Zenbo is a chibi messiah, whose arrival heralds a  -- more Disney's (and Cory Doctorow's) Magic Kingdom than the Kingdom of Heaven -- uncanny world of labours shrunk to piffling puzzles. It's soccer, it's dressing up time, it's memorization games, and the big annual event is a family portrait ("but somehow, we always pull through in the end"). Even the labour of preparing a feast is reducible to a two step recipe and five minutes in a microwave. The palaver around the family photo-shoot, the introductory jazz, the worn old books, the retro-patriarchy of our protagonist's pre-Zenbo slatternly stresses, all betray the video's retro-futurism. (Come back Target Women, we need you!) Eric Lancaster, the sort-of-breadwinner, is described as a "Father, writer, and slacker." We don't even see him writing, just editing (with a quota of two pages): probably he skim-writes, infusing the outputs of algorithmic storytellers with that human touch for big cheques. A bit like how he gets Zenbo to tell stories to his daughter.

A video like this is a useful provocation to the discourse swirling around design fiction and diegetic prototyping. Is design fiction about provoking the future? Does design fiction really create the socio- bit of a socio-technological novum, and drag the tech kicking and screaming into reality behind it? Is design fiction really -- or solely -- a way of testing things out cheaply? Is design fiction really about testing and expanding the limits of the imagination? Well, maybe. But I'm more interested in the relationship of design fiction texts to genres such as the legal contract, the financial instrument, and the sovereign promulgation. "I have placed my Zenbo in the clouds. It is a sign of my covenant with you and all this earth." Might design fiction sometimes work, paradoxically, not despite its lack of imagination, but because of it? Might not a brutal and ostentatious celebration of imaginative mediocrity also prove an excellent instrument for provoking the future into a desired formation? In the ASUS video, for instance, we might decipher an insistence that the bar to this future is low, so low that you (yes even you, parent, pioneer/early adopter, and Slacker) can probably find some way to feed off it. The point is not to say, "Behold the bold idea!" so the money flows toward it. The point is to say, "Look how much money is already bound up in, and bound toward, this idea, without it even being bold." The point is not to innovate gracefully, to extrapolate cunningly, and to strenuously exercise the imagination against the inertia of everyday existence: it is to withhold the imagination, to say, this fragment of future is so inevitable that it does not even depend on innovation, vision, or imagination.

What would it be like to Tinder swipe-left on a Zenbo?

Would ubiquitous Zenbos change the nature of faces?

#ZombieEconomy Lisa Prugl we live in Gramscian moment - 'the old is dying and the new is not yet born' - neoliberalism is dead
— Johnna Montgomerie (@j_montgomerie) June 1, 2016

NEOLIBERALISM IS SO LAST HEGEMONY. IMF says so. This makes me really uneasy. Your friendly reminder that domination (or capital or whatever) is as it were cunning; it reinvents itself, occupies new discourses. In recent years the condemnation of austerity, of course, has put the left into a rather weird alignment with many voices in mainstream neoclassical economics. So if you're a leftist or radical or progressive or something even better, now might be a good time to think about what's coming next.

ALL OF WHICH REMINDS ME. It was Towel Day recently, celebrating the life and work of Douglas Adams, work which I think has held up really pretty astonishingly well. I put up this HIGHLY SIGNIFICANT NEVER-BEFORE-SEEN CORRESPONDENCE. [Fill in clickbait.]


PLUS. There was a lot of controversy this month and some seriously inspiring oratory to do with a panel in which Captain America says, "I'm with her!" (or something like that. To do check). Abigail Nussbaum and Martin McGrath share different thought-provoking and well-supported perspectives about it. Kate Elliott's sort-of related tweets about pacing, patience, & inevitable climb down (& expectation thereof) were interesting. But I gotta say they're among the exceptions: a lot of what I stumbled across just seemed to be a tragicomedy of fans ramblingly over-rationalizing their dismay at having a very simple pleasure threatened? Because you see Captain America is good and is actually not a HYDRA agent, so. 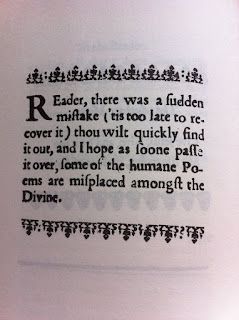 AND. Paul Cornell launched his novel Who Killed Sherlock Holmes? and I caught a snippet at BristolCon fringe (he read alongside Martyn Waites AKA Tania Carver. See Cheryl Morgan's blog). One thing I really enjoyed about the Sherlock excerpt was a very contemporary-feeling little twist on the venerable fantasy trope of collective beliefs, fears, dreams, wishes or memories taking on reality. In Who Killed Sherlock Holmes?, the ghost of Holmes is a looping composite that can accommodate slightly contradictory versions of the detective. ('Skyping Ze Executive Producer on Xmas Eve' could be another for Kraftwerk Kristmas album btw). (From earlier: 'Names in SFF #13: Benedict Cumberbatch.') (Also: guest post at Peter Sutton's blog).

On a more personal note Morticia will be sitting her grade-four quail-egg ocarina exam on Tuesday so keep us in your prayers, and your tusks ever-jutting should our faction fall.

For Griffindor!
Posted by Jo Lindsay Walton at 4:31 PM