anyone else just finished third year at Sussex suddenly getting a bunch of emails meant for those who are just starting it now? dfsgsffs
— fox conference (@HINIONGE) September 12, 2013


(1) Steve Aylett's Fain the Sorcerer (2006). I don't remember exactly how useful or useless time travel is in Fain, but I do remember a jester being strangled over and over again, which at least gives the impression not everyone's needs are always met all of the time. Pointlessness is moreover a significant theme in Aylett's writing; or perhaps more precisely, the theme is people, events, words and things that point towards co-ordinates outside legitimate, intelligible spacetime. See also Aylett's And Your Point Is? (2006); Patrick Hudson's review of Fain at Pointless Philosophical Asides; Benny Glass's pointless review of Fain. 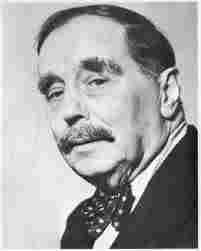 (2) Arthur C. Clarke's "All the Time in the World" (1952). For one art thief, the power to freeze time turns out less useful than it at first appears. What's so special about this story is its form-content reciprocity: though it may exist as a short story somewhere, it mainly manifests as a permanent radio broadcast on BBC Radio 4 Extra's 7th Dimension between 18:00 and 19:00 (and "then again at midnight"). It is permanently on because the 7th Dimension seems to be one of those "curled up" dimensions we learn of from M-theory: there is simply no room for budget or for a wide range of programmes. A special smidge of genius has listener (who has a repertoire of "small Latin and less Greek") frozen in time making a quorn bolognese sauce or some thing with chickpeas and a bit of lemon.

The BBC's Auntie gardism is firmly in the tradition of Wells & Welles' notorious 1938 CBS War of the Worlds broadcast, which caused widespread panic by telling everyone aliens were coming. Though I could quite happily float, pendant with Vincent Price, Mau and Daphne, a few stray triffids and a couple of Doctors, till the twilight of forever, I can't help but feel there's some mismatch between the BBC's pointless time travel into its archives and the enormous wealth and variety of free genre content available digitally.

ӝ@BBCRadio4Extra I have an idea. The 7th dimension has some very great content. But it obviously doesn't have very much of it. We get...
— Jo L Walton (@jolwalton) September 2, 2013

ӝ@BBCRadio4Extra ...the same stuff on a pretty short cycle. Meanwhile, there are just hundreds of genre podcasts out there. Couldn't you?
— Jo L Walton (@jolwalton) September 2, 2013

ӝ@BBCRadio4Extra Couldn't you host some of those recordings? I bet plenty of authors & recording artists would be happy...
— Jo L Walton (@jolwalton) September 2, 2013

ӝ@BBCRadio4Extra ...to let you have one time broadcast rights free of charge, for publicity & out of charity. Couldn't you? Maybe? Please?
— Jo L Walton (@jolwalton) September 2, 2013

ӝ@BBCRadio4Extra Because I already have contempt for Triffids & if things go on this way I'll feel the same way about Vimes.
— Jo L Walton (@jolwalton) September 2, 2013


I bet there are legal, regulatory and self-esteem obstacles to syndicating/cadging content from, say, Pseudopod, Podcastle and Escape Pod, but the BBC is in a phase of flux, when a reasonable proposal may stand a reasonable chance of realisation.


Awkwardness of trying to be vocal stakeholder driving change in something which is basically without actually admitting it for children.
— Jo L Walton (@jolwalton) September 2, 2013


Here's a quick side-universe (to prevent this entire point from tacitly being about how there's not really enough room on my kitchen surfaces for a laptop).

Heavy reliance on archival revival may create friction with the BBC's role as an ambassador and a publicist for the UK, with its public purposes related to citizenship and diversity (see especially parts 6, 9 and 10 of the Agreement, and perhaps even 83), and with its general remit to inform, educate and entertain.

Many listeners tune in in media res, and/or only absorb fragments and snippets of background noise. We can all agree Jane Garvey's voice is completely unrecognisable unless it is mingled with whistling kettle and buzzing toothbrush. With depressing frequency (no pun intended! Total fluke!) I find myself tuning in in the middle of outdated attitudes or language -- writing which would be considered offensive if it were new. The BBC need to think responsibly and carefully about the fact that many listeners do not listen responsibly and carefully.


I don't think it's a matter of excluding problematic material entirely, nor of trying to attach warning labels. It's a matter of proportion, and of not inadvertently brainwashing the British public with masses of subliminal vintage racism, sexism and homophobia.


(3) Ray Bradbury's "A Sound of Thunder" (1952), which is caught in its own time loop (it is a top contender for most republished SF story). The premise is that a time traveler who changes one small detail in the distant past may produce many large and strange changes in the present. The changes Bradbury depicts seem ridiculous (a sign hangs in just in the same place and says just the same thing, but with different spelling), and there is some special pleading to explaining why they think they can have a T-Rex safari in the first place, but it is a beloved and influential story.

There is also a fortuitous link between Bradbury's crushed butterfly and Edward Lorenz's seagull butterfly effect, which gives robust mathematical foundations to its be-careful-what-you-squish-for SF staple. Because the weather is a nonlinear system, outputs may be successively exponentially related to inputs, and today's hurricane/zephyr sitch could be contingent on whether a foreign butterfly got into a bit of a flap earlier that week. (Lorenz's first illustration featured a seagull, which he apparently changed to a butterfly at the suggestion of a colleague -- who knows? -- perhaps a Bradbury fan).

Such sensitive dependence to initial conditions is also a way of understanding the long-term unpredictability of nonlinear systems: since little things can count for so much, the only model which definitely captures a fine enough grain to predict the system's behaviour is the system itself. (It's for this reason I don't think Greg Egan's ingenious butterfly harnesses in Permutation City (1994) are feasible).

What's a bit unsettling here is that the time travel aspect could, in a way, be superfluous. If time travel is constitutively useless, because you can't predict the long term outcomes of your acts, and if it's the long term outcomes which are the really important ones . . . well, by that logic it's just human agency which is useless, time travel or no time travel. Bummer! See my recent snippet about Iain M. Banks and games. "One sensible-seeming route is to try to carve a small, resistant enclave within the universe’s grand complexity, for which and within which it is possible to take moral responsibility [...]"

Of course, in some fictional universes, the trick would be to nip back and forth in your time capsule crushing different butterflies till you get your ideal future (Hilary you can still count on me!!). Story Idea Guyz!!?!

(4) Tim Travel. My friend Dr Timothy Button suggested he might be up for the Edinburgh festival but didn't make it in the end. Why not check out his book, The Limits of Realism (2013)?

(5) Have derailed against BBC reruns, here's a rerun of my own, from June's Executive Summary. Social Media Time Travel would not necessarily be useless, but at least it would probably be a massive waste of time [travel]:


"Twitter has hinted at a feature under development to let users 'jump back in time,' synching their Twitter timelines with on-demand TV. 'Mr Costolo suggested that watching a major event without Twitter was like watching TV "with the volume off"' (BBC Newsbeat).

There are a couple interesting things implied by this, roughly summed up as Social Media Time Travel. First, why not figure out how to allow new tweets in this retro mode? They'd have to be timestamped with the 'actual' moment when they were tweeted, but they could appear in the virtual past. You'd want to be able to hide tweets by people from the future, of course (spoilers etc.), and some more advanced app might let you filter what you see on the basis of both when other twerps tweeted and what filters they had active at the time. Perhaps another app would allow you to re-do your own tweets. All this would create a sort of branching structure: 'quit blowing up my alternate timeline,' etc. (Perhaps something clever could be done to associate competing versions of the past with different branches of BitCoin blocks, to extend this indeterminate, flickery ontology into the economic realm). Furthermore, in principle, we could start to extend Twitter backwards in time. Everyone from my generation remembers where we were during the moon landings: on Twitter. The extent of possibilities isn't completely clear to me; what's clear is that Costolo, Zuckerberg et al. should be studying stuff like Gerrold's The Man Who Folded Himself and Carruth's Primer, and assessing the risk of the downside scenario in which they were never born at all."

(6) Francis Crot and Nrou Mrobaak's Xena: Warrior Princess & The Seven Curses (2008). The poet of Ketchivan gets his fondest wish, for his mind to travel back in time to occupy his youthful body and circumstances, but he doesn't like it. You may also be able to discern a catastrophic time travel subplot in FC's Hax (2011). It stars Blood Diaper (who also did some of the illustrations for Xena).

(7) Paper Dino Software's Save the Date is a splendid little indie CYOA type game, where foreknowledge is never quite as useful as it should be. "This is actually kind of hard. I know what I think the game is about, but the game is kind of weird and experimental, even by my standards, and I don’t really want to say too much in advance. Probably best for people to play it without knowing what they’re getting into."

(8) See below for honourable mention: Retro Report's attempt at some useful time travel.
Posted by Jo Lindsay Walton at 8:43 AM