Hypothesis Thursdays: Own Up

Hypothesis Thursdays: Reasons not to Publish

If you are straight, cis, white, male, financially comfortable, middle or upper class, and you are a cornucopia of physical and mental abilities for coping with what life throws at you, and if you support diversity in fiction, you should, all other things being equal, publish no fiction of your own.

Bonus hypothesis: if you match aspects of this description, but not others, then to the extent that you support diversity in fiction within the categories which you do match, you should, all other things being equal, publish no fiction of your own.
Posted by Jo Lindsay Walton at 5:08 AM 2 comments:

I think it's Fredric Jameson who makes the ingenious link between SF storytelling and the idea that, when somebody describes this dream they had, it's incredibly boring. The work of telling a story is always the work of masking some dream, of telling it so that it's listenable.

(Or, you could say, so that it's relatable).

And perhaps there's a relationship between such story-work and what Freud called dream-work, the process of disguising repressed desires, of distorting them into legitimate ingredients for the dream narrative. Perhaps story-work takes over where dream-work leaves off, allowing a kind of dreaming to spill out of mouths into society.

But anyway, who sleeps nowadays lol? Sleeping is over. Nobody has been able to find anybody who still sleeps in any of these febrile and alert interlacing circles -- hammering and effete with their morning Fair Trade, their mid-morning artisan slow roast, their pre-lunch-just-one-moist-fingertip-out-the-emergency-speed-wrap (alternatively: "meth hath murdered sleep") -- that we call Twitter, Ello, the village, the economy.

This is the resentment toward the conscious will which is always mixed with the dream. The suspicion of a thinker and storyteller who overlaps with a dreamer, of a responsible agent portraying themself as a passive visionary. At its most extreme pitch, the resentment becomes a hysterical witch-hunt for agency, a murderous rage toward the figure who claims the full status of dream for their mere daydream.

So that's this Wednesday's genre. Stay up all night, think some weird stuff, and convince someone it was a dream. 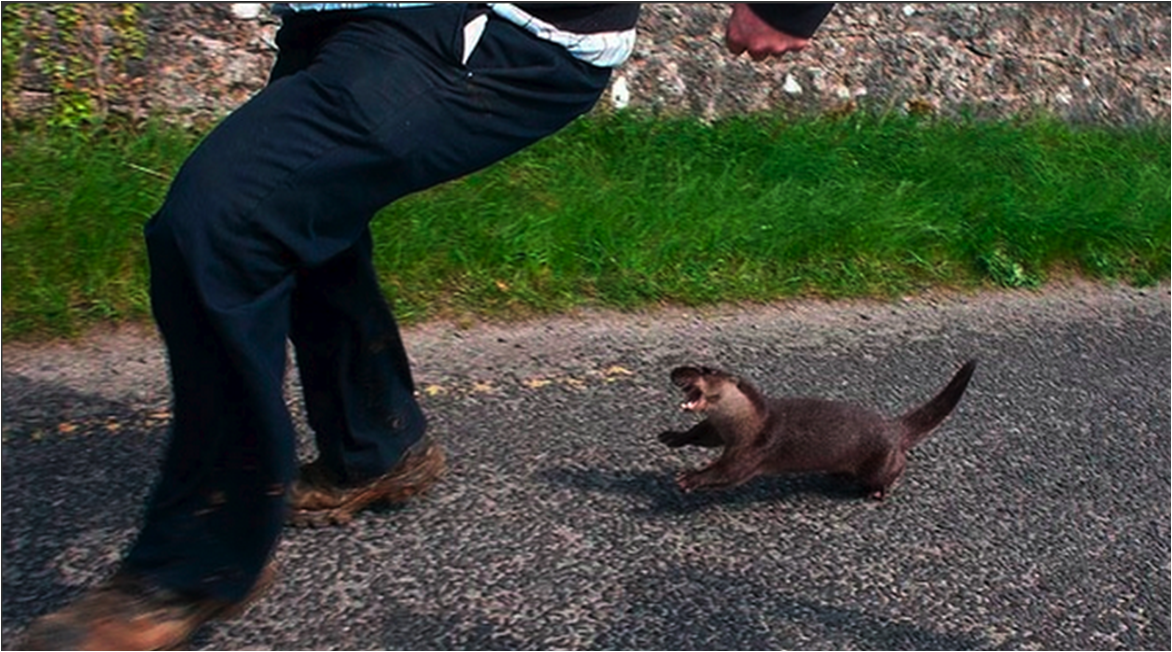 Really this Wednesday's genre is all an excuse to tell you about my "dream"!

First, my "dream" was very much pre-alpha, a sort of proof-of-concept thing with hardly any content. It was kind of like a Tony Hawk game but in a muted early modern European landscape. It seemed to go on for hours.

Then in the morning there was a sort of theological interlude. I was probably thinking about dreaming and/or dreaming about thinking. I was piecing together a vision of how the mind couldn't possibly supervene on the brain in the way that is commonly claimed. For some reason the person I held responsible for the counterargument was Nina Allan, or at least, her blog. I have no idea why, maybe something to do with networks and spiders, but I'm sorry. My vision didn't adopt the normal form of dualist intuition, by which mental reality possesses certain features which can't be explained by anything in the brain (qualia or whatever). This was the reverse. I was convinced that the physical structure of the brain entailed features of mental reality much larger and more layered than anything we really experience. That was why the standard accounts couldn't possibly be true.

In my vision this conviction was mangled together with a sort of layered panpsychism, the sort where a single physical particle might be vibrating within the engines of multiple mental realities simultaneously, suggestive of Greg Egan's beautiful SF fairytale about consciousness "finding itself in the dust" or Jaron Lanier's reductio of zombie computational functionalism. But for some reason this panpsychism was only applicable bounded within a nutshell. Within the skull -- or perhaps, within the body -- we must accept that every possible conscious network which could be "read into" the matter there, no matter how weird the function you'd have to apply to the matter in order to find it, was in fact instantiated by that matter, and was in fact conscious, and all these translucent dimensionless consciousnesses were furled together within that matter.

This was possibly not true of the universe at large, and the reason for that had something to do with the geographical individuation of consciousnesses, a kind of mysterious law about how a conscious system must necessarily bud off into separate viewpoints when the matter which instantiates it is physically spread beyond a certain limit. Something to do with why I am here and you are there -- basically, for some reason, it would have been ridiculous, whereas the arbitrary privileging of the skull's trove was not.

I finished the altercation with a slightly sneering bon mot about how the pun of "be" and "bee" in Allan's work (please, none of this is true) might be sufficient for most folk to solve the mind-body problem, but some of us preferred to look further afield. Maybe this bit related to swarms and emergent complexity but really it just made no sense.

The whole time I considered myself awake, and knew I was in bed with the pillow folded around my head against the lamplight.

But what I really wanted to tell you about was the family of otters.

I wanted to tell you about the family of otters, and not just because they are cute and likely to be popular if I commend them to you. This was after the theological interlude described above, at a moment when I was even more awake. In fact I would say I was fully awake.

My eyes were open and I may have listened to and spoken what passes for intelligibly with another person in the room (I've forgotten now, but at the time I did know). Really, if it wasn't for the family of otters, I would definitely have been awake in every way. I could move my arms and legs and I was thinking about the day ahead.

It was these otters who slipped me a secret sign that in fact I could not possibly be called awake. If it wasn't for the otters I could never have known. Because they were there. They had no waking reason to be there but they were. But they were there as barely as possible, so perhaps I was as barely dreaming as it is possible to be. They were not there as language or imagery, but only as raw availability, as an unqualified and unstructured salience.

(I don't know, maybe I discovered a new collective noun, a relevance of dream otters. Maybe I discovered the true unit of measurement in which to plumb the depth of dreaming. It couldn't all be measured in that family of otters, obviously: but it rings true that the unit of measurement of depth of dreaming would change every time the amount increased).

Of course, the relevance of the family of otters quickly did become the language and image of a family of otters, rearing to go. But not quickly enough that I couldn't catch them the moment before they were either of those things.

I'm telling you, they were there.

The most interesting things I've done and learned were things that happened in dreamland.
— ess bee fritz (@RandomAntics) October 16, 2014

Posted by Jo Lindsay Walton at 5:57 PM No comments:

Email ThisBlogThis!Share to TwitterShare to FacebookShare to Pinterest
Links to this post
Labels: new genre Wednesdays, philosophers HATE him


All That Is Solid maintains a policy of never giving in to crowdfunders' demands, but will shortly be launching special ops to exfil the following corpuscles promising excellence & intrigue:

Note: Network for Good doesn't seem to have an option for non-US addresses?

Latino/a Rising anthology (the reward level for the print anthology has come down since this Kickstarter was launched).

Also it's that time when Whinge-ipedia starts looking for a fucking handout. What my data not good enough for you? Too high & mighty to show me ads relating to Turkey-PKK conflict, Epicanthic fold, List of collective nouns in English, Real-life experience (transgender), Petrarchan sonnet, Feminine rhyme, and Poop deck?
Posted by Jo Lindsay Walton at 3:16 AM No comments: 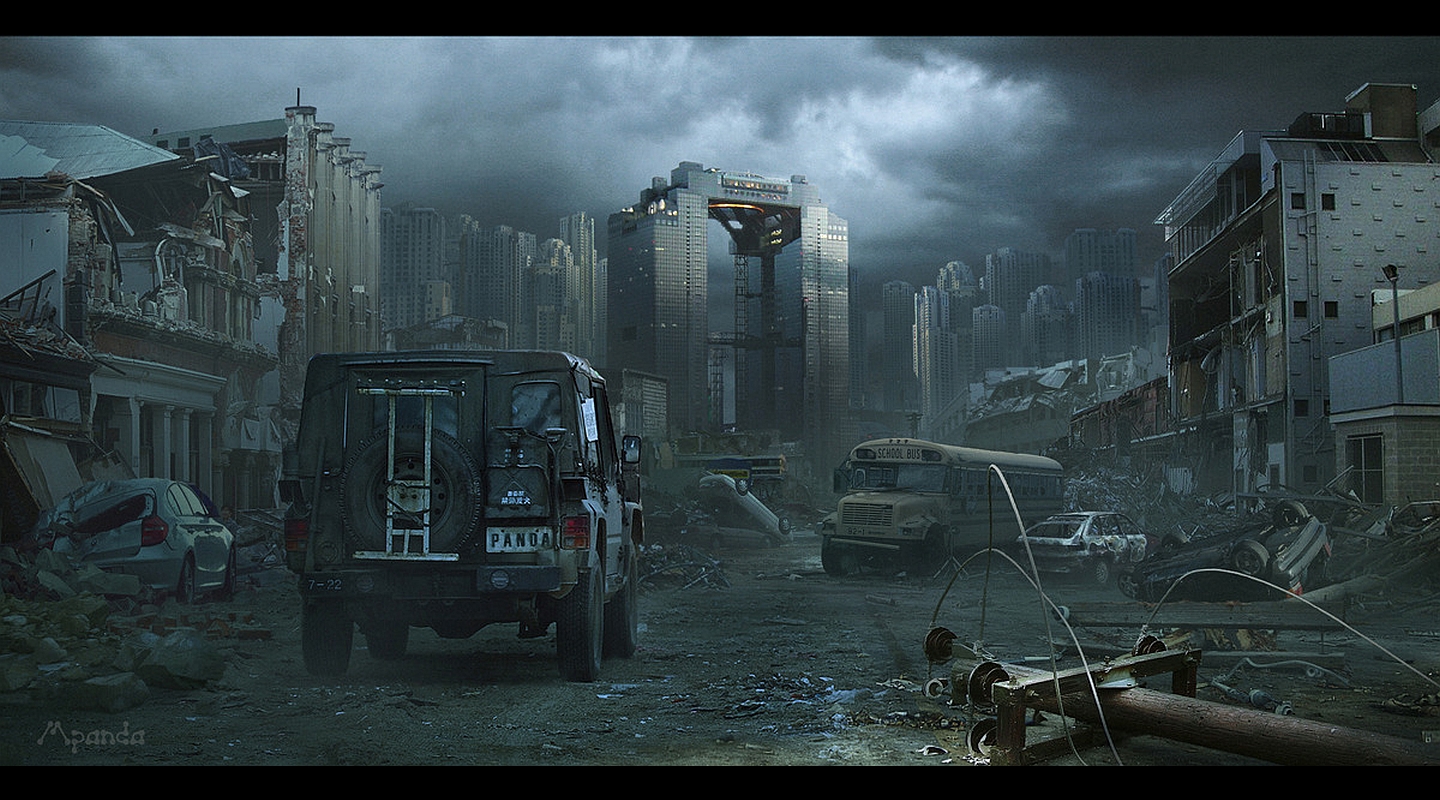 Dystopic fiction where everyone is dead. YA love triangle narrated entirely in the subjunctive. No characters, although there definitely could have been.
Posted by Jo Lindsay Walton at 6:46 AM 1 comment:

One excellent way of reading any book is to imagine that it is the only book its author ever wrote, and that its author knew in advance it would be so.
Posted by Jo Lindsay Walton at 8:53 AM No comments:

Maybe writing itself is an emotion? Jiminy-Cricket-on-a-nip-tuck, I can't believe I just wrote that.

Let me try again. Anger seems to be the default emotion of every social justice practice. Not that people are actually literally angry all the time. But if an emotion is needed, anger is high up on the list.

Anger is certainly ascribed by the media even in the midst of the most wonkish issues and motives -- "they're taking to the streets because they're furious about moderator bias in PwC's debate on country-by-country tax reporting!"

The compromise by which radicals, wannabe centrists, and reactionaries alike so easily agree to call the same activities "angry" is certainly weird and deserves more attention. (See note). But that's not what this post is for! This is New Genre Wednesdays, and the genre is "[insert emotion] rant"!

(Are hiccups an emotion or am I thinking of hiccoughs?)

Remember, just as the angry rant is refueled by anger whenever it starts to flag, so the surprised rant must be constantly driven by surprise, and so on.

Note: Perhaps when our opponents call us angry they often mean hysterical and/or aggressive, whereas when we assent to being called angry we often mean powerless and/or courageous? Even when anger is not that neatly divided, radicals are deeply suspicious of the principle that the angrier you are, the less valid everything you say is. There is a long history of using anger -- real and/or ascribed -- as a pretext to exclude people from participating in public discussion about their own lives. On the other hand, when radical collectives reject the inverse relationship between anger and legitimacy, it doesn't mean that we automatically develop alternative versions of various integrative and epistemological advantages that come from treating angry discourse as invalid discource. So perhaps what needs attention, specifically, is whatever useful work the insistence on polite serenity is doing within enemy communities. Is such work important? Do we have ways of doing it? If not, can we dream some up?
Posted by Jo Lindsay Walton at 6:54 AM No comments: